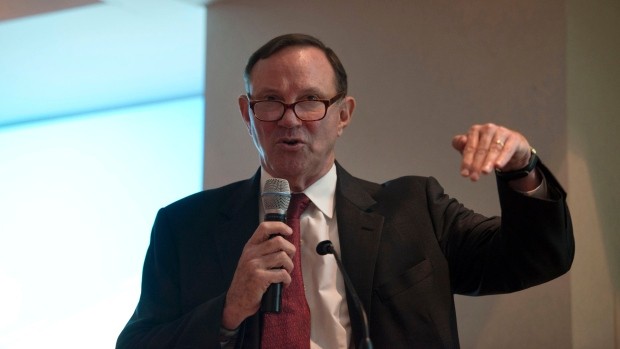 Among the many questions raised by Jeff Bezos’s purchase of the Washington Post newspaper is: What will become of the rest of the old Washington Post Company, publicly traded and run by the Graham family?

The fact is that the Post Company was already dominated, in several respects, by its lucrative Kaplan education subsidiary, which includes the Kaplan for-profit college division, as well as a standardized test preparation business.

Kaplan accounted for 55 percent of the Post Company’s revenue last year. By the time of a long, tortured 2011 Post newspaper investigation of how Kaplan had come to dominate the company, the paper could report, “The Post Co. now calls itself an education and media company — no longer the other way around.” A Post Company spokesperson told the Chronicle of Higher Education that Kaplan will continue to operate as it did before Bezos bought the newspaper.

But the public controversy over the actions of for-profit colleges, including Kaplan, whose abuses are well-documented, has drained some of the prestige and good will from the long-respected Post Company and its pioneering Meyer/Graham family, whose accomplishments include building the paper into an investigative juggernaut under Katharine Graham during the Watergate era. Insiders to the intensive lobbying battle over for-profit colleges in recent years have told me, and media have reported, that Post Company Chairman/CEO Donald Graham, Katharine’s son, played a leading and pivotal role in successfully pressuring the Obama administration to water down rules aimed at holding predatory for-profit colleges accountable.

In 2010 the Obama Department of Education proposed a rule aimed at implementing a law requiring that for-profit and career training schools, in order to receive federal aid, prepare students for “gainful employment.” The rule disqualified a school from receiving aid if, over a period of years, students were unable to earn enough to pay back their loans, as measured by several different tests.

Donald Graham invested his time and reputation in pushing back against this rule. Meeting with Obama officials, Members of Congress, and members of the public policy community — including top officials of the Center for American Progress think tank, while I worked there — Graham insisted that the proposed rule would deny low-income students important educational opportunities, because it would force schools like Kaplan to stop taking chances on students who might be unable to repay their loans.

For top Washington leaders, Graham was a local titan, a pillar of the community, someone known for his work with the D.C. public schools, someone who attended the same social functions — someone they could trust. And whether he intended or not, Graham’s entreaties must have seemed to some officials to come with an implied threat — cross the Post and risk the wrath of our investigative and editorial arms.

Kaplan spent $1.36 million on lobbying Congress in 2010-11, and that would not even include any funds spent on non-lobbyist consultants, like former top Obama aide Anita Dunn, or any contributions to the ubiquitous advertising against the rule.

Graham’s assurances that Kaplan was doing good work by admitting underserved students was belied by the facts. It was easy for Kaplan to enroll these students and deposit their federal grants and student loan checks. But admitting students deserved no commendation, and indeed deserved condemnation, if it wasn’t accompanied by strong efforts to train the students for productive careers.  And by most accounts, Kaplan fell short in that regard.  While Graham’s august presence led many fancy Washingtonians to believe that Kaplan was, amid a sea of shady for-profit college operators, “one of the good ones,” the record showed otherwise:

While many Kaplan students have struggled, Kaplan executives have done well. Andrew Rosen’s predecessor as Kaplan CEO, Jonathan Grayer, received a $76 million compensation package when he resigned in November 2008. But when in 2012 Representative Elijah Cummings (D-MD) asked for-profit colleges to disclose the salaries of top executives, Kaplan/The Washington Post Company refused.  The Post‘s explanation for declining to tell the congressman what Rosen earned? Because the Post was not required to disclose such information about Kaplan, a wholly-owned subsidiary, to the Securities and Exchange Commission. Never mind that nine out of every ten dollars obtained by Kaplan higher education came from taxpayers. Never mind that the newspaper owned by the Post Company had a long history of demanding accountability for institutions living off taxpayer money.

The Post Company also has in recent years owned between 6.6 percent and 8 percent of Corinthian Colleges, a for-profit education company with, remarkably, an even worse record of abusing students and misleading government authorities.

In addition, as Republic Report was the first to disclose, Kaplan, and thus the Post Company, was a member of the American Legislative Exchange Council (ALEC), the controversial business group that has lobbied for, among other things, Voter ID laws, which make it harder for low-income people, people of color, young people, the elderly, and the disabled to vote, and the Stand Your Ground laws that drew scrutiny after the killing of Trayvon Martin. The Post Company, whose CEO was proclaiming around Washington that Kaplan was committed to aiding the disadvantaged, was supporting through Kaplan an organization that was actively harming such communities. Worse, the Post failed to disclose in its coverage of ALEC and Trayvon Martin that Kaplan had been until recently an ALEC member.

When I wrote a couple of times last year to Washington Post ombudsman Patrick Pexton, linking to my articles that questioned the Post‘s conflicts of interest in covering Kaplan and the for-profit college industry, Pexton finally wrote back, “Thanks David, I read both of these with interest, and I hope to address Kaplan in a future column.”  As far as I know, Pexton never did. He left the paper, and the Post abolished his position.

Growing public awareness of the abuses of for-profit colleges has contributed to a decline in enrollment and revenue at most of the major for-profits, including Kaplan. Kaplan enrollment fell from 67,000 students in June 2012 to 62,000 in June 2013, while revenue declined nine percent for the first half of 2013, compared with the same period in 2012.

I believe that Donald Graham’s enthusiastic embrace of the Kaplan for-profit college — living off its immense riches and staking his reputation to gut rules that would curb abuses not just by Kaplan but by an entire troubled industry — tarnished the Post Company and the paper it owned.  That Graham will now run an empire even more dominated by Kaplan seems, sadly, a fitting outcome. For the Post newspaper’s many remaining talented journalists, however, it is an opportunity to begin anew without the burden of an enormous, rotten core.

What Are the Risks in Using Data to Predict Student Outcome? Amazon restricts students from bringing certain textbook rentals…
Scroll to top