In the spring of 2011, 2,420 institutions were invited to contribute data from the 2009–2010 fiscal year to the EDUCAUSE Core
Data Service (CDS). This almanac summarizes data from a subset of responding institutions. Some publicly available data from
the Integrated Postsecondary Education Data System (IPEDS, www.nces.ed.gov/ipeds/) are also included. Reported statistics
are either an estimated proportion of the population or an estimated median (rather than a mean). CDS participants can
download data at www.educause.edu/coredata. Non-participants can access other CDS resources at this site. 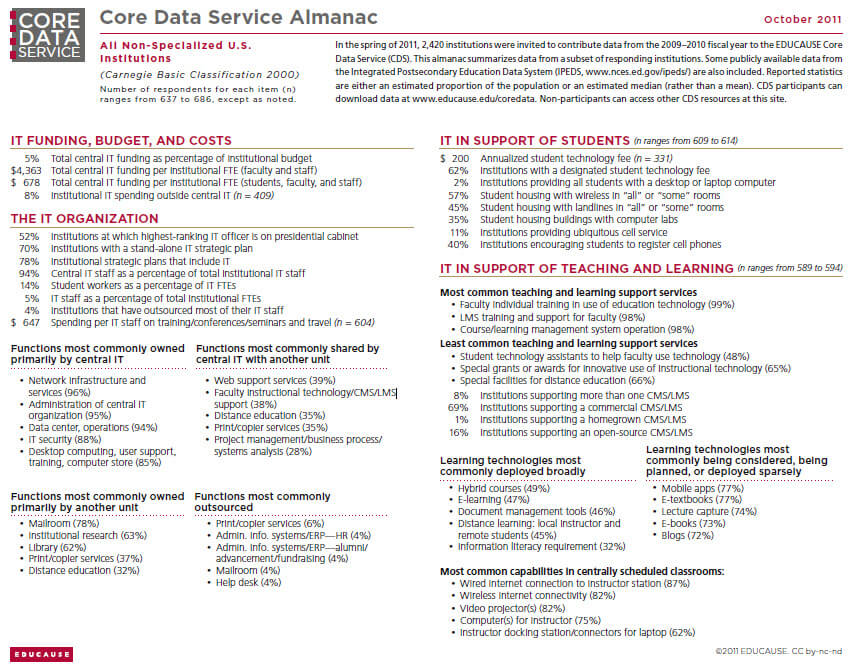