Regular readers know that the Barnes & Noble Nook is my preferred ebook reader device for a number of reasons I have written about in various articles. One of the things that has always been envisioned with ebooks is the adoption by institutions for scholastic digital content.  Barnes & Noble is taking a major step forward with this initiative by announcing their new NOOKstudy application that is designed to let students manage all of their digital content on their PC or Mac. This new study tool offers instant downloads to eTextbooks and academic and trade titles. NOOKstudy is also an application that takes ebook reading to the next level with support for searchable lecture notes, syllabi, slides, images, course-related documents, and more. NOOKstudy will be available starting this fall semester after pilot testing at selected 2 and 4 year institutions is complete.

NOOKstudy was developed with extensive feedback from college students, professors, and administrators so it doesn’t appear to just be a company trying to force feed a system to people. I read in the press release that Barnes & Noble is America’s leading operator of college bookstores and had no idea they had this relationship in place since it has been a few years since I was in college. They have exclusive relationships to distribute educational materials, in all formats, across hundreds of institutions with relationships with leading textbook publishers so this looks like a program that may prove quite successful and finally show that digital textbooks and course material can work in the educational system. The website shows that over 500,000 ebooks will be available for free too.

As a father of three daughters who carry backpacks full of books, I look forward to the day when they can lighten their load and carry around materials on a small laptop or ebook reading device. Barnes & Noble also stated that NOOKstudy will offer up to a 40% savings over new textbooks and as a parent of daughters soon entering college I can certainly appreciate that. I used to spend $500 or more on my engineering books in college in the late 90s and would have loved to have save some money and weight. Not to mention there will be savings in using paper to create textbooks. If NOOKstudy succeeds in college, hopefully we will eventually see it roll out in high schools too.

Barnes & Noble has been in the eBook/eReader market for a while now, with their Nook eReader. In an effort to expand their market, they released eReader applications for the iPad, iPhone, iPod Touch, BlackBerry, PCs, and Macs. Now, they are going a step further by offering NOOKstudy, a new software application for PC and Mac that allows you to view and interact with textbooks. 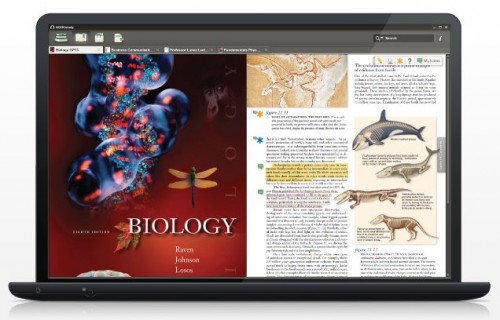 NOOKstudy allows you to take advantage of their vast selection of Textbooks, even if you do not have an eReader. Not only can you view your textbooks on the computer, but now you can interact with them as well.

Barnes & Noble has been privately testing NOOKstudy for a while now and expects to release it, publicly, sometime in August, just in time for back to school. The best part; NOOKstudy will be free. Be one of the first to know when NOOKstudy is available by signing up here.

The Nook WiFi is $149 and the Nook 3G+WiFi is $199. The Nook offers access to over one million titles, the ability to lend eBooks to friends, and free connection at all AT&T hotspots. 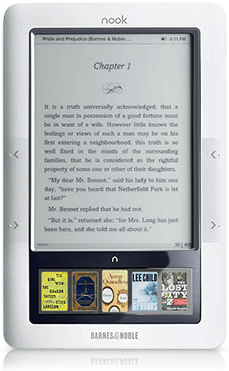