Why Is This One Education Stock Taking Off? 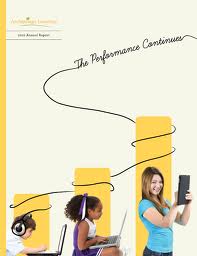 As of 12:30 PM EST Monday, Archipelago (NASDAQ:ARCL), a subscription-based provider of education software-as-a-service, was up 22% in extremely high volume. Against a backdrop of tiring broader indexes and a malaise in other education stocks, all of which are far off their 52-week highs, Archipelago (off only slightly Tuesday in a major down market) remains the lone education stock near or above its 52-week high. What gives?

The main catalyst seems to be Monday’s announcement that Bloomington, Minnesota-based education solution provider Plato Learning, Inc. will acquire Dallas-based Archipelago for $291 million (or $11.10 per share) in cash sometime in the second quarter of 2012. This marks a 23% premium to the Archipelago closing price of $9.04 on March 2, 2012, and a 17% premium to Archipelago’s “weighted average trading price for the last twelve months,” according to information released by the two companies. Chicago-based mid-market private equity firm Thoma Bravo, LLC, which owns Plato and has almost $4 billion in other assets under management, backed the generous deal. Though Thoma Bravo declined to comment on any aspect of the deal, the firm’s website articulated why it would seek such a merger: “Thoma Bravo targets control investments in companies with strong business franchises led by experienced executives who aspire to achieve industry leadership … in consolidating industry sectors.”

Mergers and acquisitions generally cause the acquired company’s stock price to pop, but is there something particularly noteworthy about this deal that has made Archipelago the number one education stock? I asked several education industry players to comment in order to see what’s underneath the hood of this seemingly transformative deal. In off-the-record comments, a spokesperson for one publicly traded education stock said, “it is basic supply and demand. There’s going to be increasing consolidation in the education space this year, as a few leading players acquire companies  that are showing outsized profit in a difficult regulatory and cost environment.” Confirming this logic, Archipelago’s own records show the company generated $19.5 million in profit in the fourth quarter of 2011, a 14% increase “compared with the same period a year ago.” Over the entire 2011, Archipelago grew by 24.9%.

“There is a shakeout underway, as profit-generating acquisitions get harder to find and fund,” added the industry spokesperson.  In this game of musical chairs, Plato seems to be vying to be one of the education sector survivors. In addition to the Archipelago acquisition, Plato acquired Falls Church, Virginia-based Educational Options back on November 9, 2011.

A deeper analysis, however, suggests that the Archipelago acquisition represents a direct and immediate adaptation to the Obama administration’s No Child Left Behind waiver policy. As I noted in a previous post, the policy significantly weakens enforcement designed to insure academic excellence. For example, the policy dropped the 2014 deadline for all schools and states to be NCLB compliant. It further devolved standards and compliance to the easily gamed state and local level. And it prevented the firing of teachers and principals based on classroom and test performance.

Designed to protect his teachers union backers by making it impossible to fire underperforming instructors, Obama’s waiver policy, however, might ironically lower the role and pay of human educators in the lucrative supplemental education business. According to Stephen Gilfus, President and CEO of the Gilfus Education Group, a DC-based education consulting group and think tank, “Archipelago provides schools with self-paced online supplemental education content. Even with NCLB changes,  schools still need cost-effective solutions to help students with individualized remediation to learn concepts they did not master in class. Online web-based services are certainly less expensive than hiring tutors or teachers.” Moreover, Gilfus adds, “With increasing NCLB waivers and flexibility, Archipelago’s products and services may be extremely well positioned for growth.”

Currently Archipelago provides education tools (e.g., Study Island, Education City, Reading Mate) to 14.6 million students at 39,100 educational institutions across the U.S., the UK, and Canada. With the Archipelago acquisition, Plato will have a combined customer base of 17 million students at more than 50,000 schools. With the rapid rise of iPads, iPhones and other multimedia devices in student-directed learning, it looks like the supplemental education sector is either ripe for new entrants or in the throes of a consolidation death match. Stay tuned.