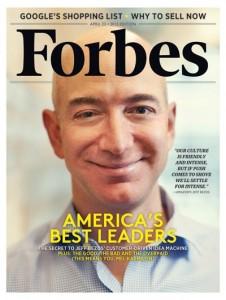 My Twitterstream is abuzz over the boffo Washington Post deal in which Amazon founder/CEO/visionary Jeff Bezos grabbed the venerable newspaper for $250 million, or $180 million more than Red Sox owner John Henry paid for the venerable Boston Globe. (Go figure.)

The myriad media pundits asked why, especially those from The Business Insider in which Mr. Bezos has a stake.

Some speculated that having the Washington Post edit board in his corner could help advance support for a range of legislative and regulatory issues he supports — from gay marriage to an Internet sales tax(!). Perhaps he sees The Post’s power pulpit as a way to make life miserable for competitor.  According to a recent piece in that other Post:

“Wal-Mart faces many threats to its ongoing profitability. That’s why it employs two platoons worth of lobbyists, and spends millions of dollars annually to minimize the dangers from government policy.”

Frankly, I don’t buy any of that. In my opinion, here are the reasons why Jeff Bezos purchased the Washington Post:

Finally, and most importantly, we are in an era when many forward-thinking billionaires have chosen to put their money behind supremely worthwhile and seemingly intractable social problems. They include Bill and Melinda Gates, Michael Bloomberg, Warren Buffet, Richard Branson and Oprah Winfrey, to name just a few.  These enlightened businesspeople, like Mr. Bezos and Mr. Musk, are thinking about the greater societal good, not to mention their legacies.

If there was ever a cause that needed an infusion of tech savvy and honest money, it is a journalistically independent and self-sustaining news media. I take Mr. Bezos at his word when he says that “journalism plays a critical role in a free society.”  The bigger story here is that Mr. Bezos may actually do right by The Washington Post, unlike those other rogue billionaires Mr. Zell, Mr. Murdoch and the Koch Brothers.

In her lede to her Washington Post piece “What happened when Jeff Bezos invested in Business Insider? More journalism,” Andrea Peterson writes:

“You might have heard that Jeff Bezos just bought us. So what does that mean for our pursuit of journalism? Taking a look at what happened to Business Insider earlier this year is a good start. Bezos joined in with the business news site’s owners to invest $5 million into building up its news and editorial operations.”